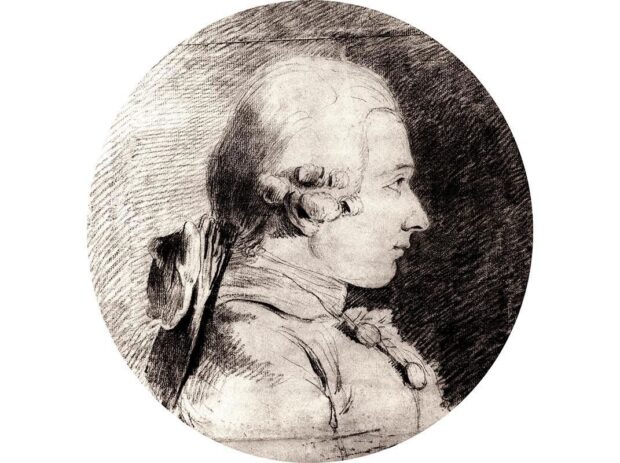 Who Was The Marquis de Sade?

“In order to know virtue, we must first acquaint ourselves with vice.” — the Marquis de Sade

Then you’ve already heard of the Marquis de Sade.

The infamous French nobleman earned a notorious reputation during his lifetime, and that ill fame follows him to this day.

If there’s one thing to be said about de Sade, he definitely held a progressive attitude toward sex.

“Sexual pleasure is, I agree, a passion to which all others are subordinate but in which they all unite.”

“It is only by way of pain one arrives at pleasure.”

“Is one expected to be a gentleman when one is stiff?”

To be sure, this guy isn’t someone you learned about in school.

So, put on your learning cap and get ready to read some facts about Marquis de Sade

The Marquis de Sade was born Donatien Alphonse Francois in Paris in 1740 to a noble family.

Raised by servants after his father’s abandonment and his mother joining a convent, de Sade became rebellious, spoiled, and temperamental.

As he got older, his temper worsened. He frequently acted out, much to the chagrin of his aristocratic family.

In school, corporal punishment was the norm, and flagellation was common for misconduct.

As a hot-headed 10-year-old, it’s not surprising that he frequently received this punishment.

But, all these beatings did was introduce the young de Sade to flogging for pleasure, which became an obsession.

As a child, de Sade was to be a playmate for the children of the royal family.

But, of course, he had other ideas, and in one incident, de Sade beat the French prince in a fit of rage.

As a result, young de Sade was shipped off to the south of France to live with his uncle, a church abbot.

When he was 14, de Sade joined an elite military academy and rose through the ranks, even fighting in the Seven Years’ War.

So how does a spoiled French aristocrat turned army brat become one of history’s most infamous characters?

You’re about to find out.

It was after the war that Marquis de Sade’s sexual deviancies started manifesting.

No one is sure what caused it, but scholars think a few things contributed to his unusual tastes, such as:

A strict upbringing in a sexually repressed family

Schooling that endorsed shame and humiliation

Like most marriages, this one was not out of love.

Throughout their marriage, de Sade would cheat on his wife countless times, including with her sister.

Even when they lived together, he kept a secret apartment where he could indulge in his darkest desires.

And that’s when things started escalating.

Soon after getting hitched, de Sade started visiting brothels and taking the girls back to his place.

It only took one year for de Sade’s reputation to spread around Paris’s brothels.

After numerous instances, they banned de Sade from taking girls back to his apartment.

One story goes that after locking a young prostitute in his room, he stomped on a crucifix, shouting obscenities, and commanding she whip him.

Needless to say, this freaked the girl out, so she reported him.

De Sade was arrested and jailed, initiating his long road of a lifetime of recidivism.

This incident was just the beginning, though.

His persistent hunt for sexual gratification would result in multiple arrests, the loss of his reputation, and even an attempted assassination.

For de Sade, things were about to get a lot weirder.

Just how weird, you ask?

To Catch a Predator

Since pretty much every brothel in Paris was on high alert about Marquis de Sade, he had to look elsewhere.

Or, more accurately, de Sade sent his servant, Latour, looking for him.

(Fun fact: The two were arrested multiple times for sodomy.)

On Easter Sunday in 1768, he roped Rose Keller, an immigrant from Germany, to visit his secret apartment.

Unaware of what was in store for her, the young woman went with him.

Once de Sade had her in his room, he tied Keller to the bed and assaulted her.

Luckily, she was able to escape by fleeing through a window.

De Sade’s family paid her not to say anything, but she reported him anyway.

When he wasn’t locked up, he spent his time abusing his servants at his chateau.

When they reported the mistreatment, de Sade fled the country.

This cycle happened over and over until 1777, when a group of girls escaped his property.

This time, one of the girls’ fathers confronted de Sade, raised a gun, and fired point-blank.

But, as luck would have it, the gun misfired, and de Sade lived.

When he wasn’t writing his most well-known works, he was trying to get his rocks off with the other prisoners.

In one case, the Sainte-Pélagie Prison kicked him out because he kept seducing his fellow prisoners.

They transferred him to Bicêtre Asylum, a place notorious for its draconian treatment.

After de Sade’s family interceded, he moved to the cushier Charenton Asylum in 1803.

There, he met an employee’s 14-year-old child named Madeleine LeClerc.

Once he seduced her, the two developed a four-year-long relationship until de Sade’s death in 1814.

By the time he died, de Sade was broke, obese, and disliked by everyone.

And yet, for some reason, Madeleine stayed by his side until the very end.

Prison gave de Sade a lot of time to himself, which he (sometimes) used productively.

While imprisoned in the Bastille, he wrote The 120 Days of Sodom on a 12-meter-long piece of parchment in 37 days.

Additionally, de Sade also penned his two other notable works, The Crimes of Love and Justine, while incarcerated.

Despite his track record, some critics hold that his novels, specifically Justine, are protofeminist because he often depicts female characters as sexually dominant.

His libertine stances toward age, gender, law, sex, and religion challenged — and of course shocked — contemporaries, even those who shared his sexually progressive outlook.

In typical de Sade fashion, his stories focus heavily on suffering, often forcing readers to feel pity for both torturer and victim.

It’s no wonder psychoanalysts chose de Sade as the namesake to describe arousal from inflicting pain or humiliation.

To be sure, Marquis de Sade was no hero.

He was a rapist and a pedophile.

But, everything he did during his life cemented him in history forever.

It’s been 200 years, and people still talk about him.

Some even argue if he was really all that bad.

And that — the fact people argue for or against him — is the kind of power de Sade would love to know he had.