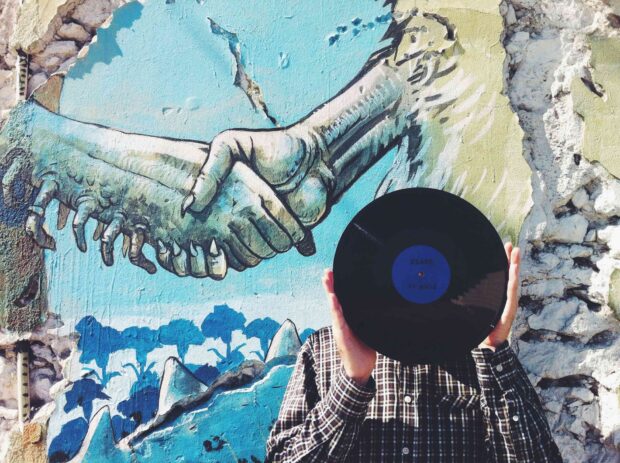 The Many Ways You Can Get Creative With a Vinyl Record

More and more musicians are releasing their albums in vinyl format because more and more people are buying vinyl records today. And so because of this, if you’re a musician planning to release a few records, there is a need to have really creative vinyl records that could impress fans enough that you’d be included in the best custom vinyl records of all time. Otherwise, why release it on vinyl at all when they can just stream your music for cheap. If you want to sell something physical, then it better be an eye-candy or else people will just opt for streaming. It doesn’t have to be over-the-top and expensive, it just has to offer something more than just music.

To help you get your creative juices flowing, here are some ways you can add oomph to your vinyl:

The first option is having your vinyl record pressing in custom colors. In the earlier years of vinyl, they were usually just black but there’s no need for creative vinyl releases because the vinyl record was the standard format for music. That means people did need more convincing because it’s the only format for music. But of course, people from the music industry still thought of a way to catch the attention of music lovers and vinyl record collectors, and that’s how colored vinyl records were born.

The first ever colored vinyl record was introduced by the Edison Company in 1908. They introduced the Blue Amberol cylinders which were better than the earlier versions of the format as they have longer playing time and are more durable. It is made of celluloid that is dyed in blue. Next to be introduced was the Vocalion Records that was released in 1920. It was colored in a reddish-brown color.

After solid single colored vinyl records, Morrison Records in the 1940’s introduced to the world the multi-colored vinyl records. This design made each record unique as the vinyls were mixed  when they were melted. There are also other designs that use different colors, like ombre, splatter and two solid colors in different sides.

There were positive responses from record buyers as they were unusual at the time. However, record labels were hesitant to press more as they cost more when compared to black colored vinyl records. And some record labels, when they do release these colored ones, had to cut cost on the album jackets and some don’t even have inner sleeves. But nowadays, these kinds of vinyls have beautiful designs and also have money worthy album jackets that are very much loved by vinyl record collectors and music lovers alike. That’s why people today still buy these vinyl records, because it is worth the expense and worth listening to.

Picture discs are vinyl records that have graphics that extend to some part of the playable groove area. They were already in use in 1900, but didn’t boom until the 1970’s. They were initially made of a simple sheet of thin printed cardboard with a coating of very thin plastic coating which made the audio quality of these records subpar. However, some labels were dissatisfied and made sturdier and more audio leaning picture discs.

Due to the substandard audio quality, people were not readily buying these items, but there were some that were still commercially successful, picture discs for children released by Record Guild of America, due to its unique and attractive design. In the 1970’s a newer version of these picture discs, which had improved audio quality, were released by Metronome Records GmbH.

People are still buying these vinyl records as they are very unique. You will surely have a different artwork for each release you make with vinyl records, and if the article is something they’ve never seen before then people would buy them. You can have an artwork that will deliver the message of your songs like how the train in Fischer-Z’s The Worker goes on a never ending travel which relayed the song’s message. You can also have an optical illusion put on your picture discs, this will entertain your listeners when the record spins on the turntable.

#3 Vinyl records with a unique shape

This kind of design was used in the 1980’s after the boom of picture discs in the 1970’s. It is a combination of picture discs and a shape you want to have for your vinyl records. The earliest I could find was by the rock band, The Police, with their 1980’s single Message in a Bottle. They had their record shaped like the police badge which was in relation to their band name. In the modern days, we have a 2014 release of a vinyl record shaped like Batman for the release of the music for Batman’s animated series. There was also a 2016 release where the vinyl was shaped into a broccoli. The release was from D.R.A.M with the album title “Broccoli”.

This surely made vinyls ever more popular in its peak as they are ever more unique and original. People would surely buy these even in this era of digital music because who wouldn’t love them? These kinds of designs will surely be one of the best custom vinyl records ever released. Such designs are very creative in itself since not every album design can pull off, catch people’s attention, and pique their interest.

#4 Vinyl records with weird things in it

These kinds of vinyl records are truly rare and kinda crazy (there’s a band who released a vinyl record with blood!). They’re quite rare and hard to copy because once the idea has been incorporated and the records have been released, it would be quite clear who copied who. These kinds of vinyl records are sure to become the talk of the town when they are released making the first ever to release something like this known for it.

An example would be the vinyl record released by Eohippus entitled Getting Your Hair Wet With Pee where he had his hair and pee put in his limited 100 copies of vinyl records. Yes it’s quite disgusting, but who would have thought of literally wetting your hair with pee? I’m sure no other band would copy this! Or if they wound, they’d surely be considered as copycats. There are vinyl records with yarns, threads, ashes, glitters, leaves…the options are endless!

These are just a few ways to make your vinyl records creative. We haven’t even talked about the vinyl record package and labels yet! Having a kickass vinyl record design is ultimately worth it because it can make you and your fans happy. Give it a go. It doesn’t have to be so crazy but just creative enough to make you truly proud of your record because you didn’t just make some vinyl records, you made vinyl records that sound and look goddamn good.