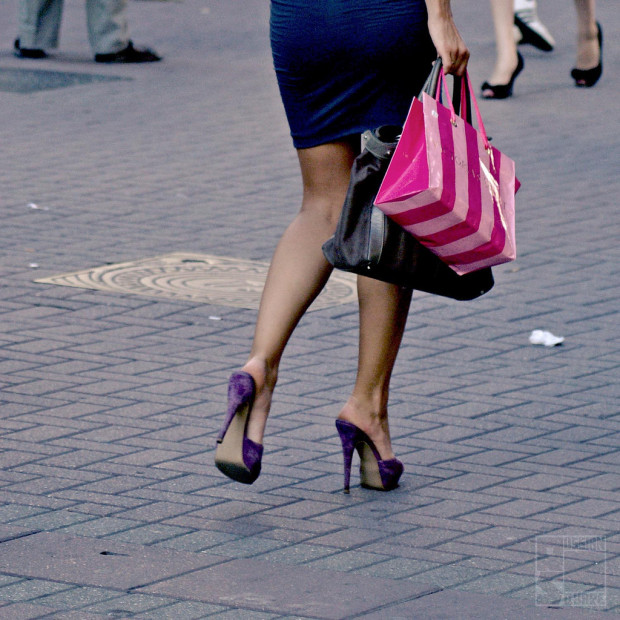 Consumer behavior is a fascinating and lucrative business. Companies spend billions of dollars each year trying to predict, understand and mold consumer desire to gain leverage over the people buying — and not buying — their products. Those billions of dollars translate into the average person being on the receiving end of anywhere from 3,000 to 20,000 ads a day, and all that messaging and money are geared toward one goal: Getting into consumers’ wallets.

It’s a wildly effective undertaking — so much so, that the consumer’s full-fledged and knowledgeable participation isn’t even required. Marketers and advertisers are continuing to learn what drives consumer motivation by educational undertakings and research studies, among other initiatives. Here are five distinct ways marketing moves the mountains of consumer desire — often without the consumer even realizing it.

Affective conditioning occurs when a product is placed next to items and situations that the consumer is already likely to feel positive about. When a dish soap is shown in a television commercial along with fields of wildflowers, children laughing and plates of fried chicken, the feelings we already have regarding flowers, childhood and comfort food get transferred to the dish soap. Through affective conditioning, advertisers can create feelings around all sorts of products people would normally feel more neutral about. Studies show affective conditioning is so effective, that even in situations where consumers have been blatantly told that one product is superior to another, if the inferior product is paired with images that are positive, consumers will choose the inferior product 70 to 80 percent of the time.

Consumers’ emotions can get the best of them, and in fact, making an emotional connection is the primary goal of any well-executed advertising campaign. Ads, whether they’re on the radio, online, a billboard or smartphone app screen, are all trying to keep the consumer from thinking to get them to feel a desired response about a product. Most of the time, consumers become emotional without even realizing it. When they do recognize the emotional response they’re having, they’re likely to appreciate the ad even more. Here are some common ways ads provoke emotional responses from their audiences:

The Law of Pre Logic

In humans, feeling happens faster than thinking — not by much, but when you take in a commercial, the visual imagery and sounds register in your brain and elicit a pre-thinking, bodily and emotional response before your mind has even registered what the commercial is about. Humans can be firmly in the grips of sorrow or joy before the logical areas of their brains even know it, and it is in this tiny span of microseconds where advertising tries to do the bulk of its work. Before thinking occurs, feeling can happen; when an effective ad campaign generates the right emotional association in its audience before that audience even realizes its role as viewer, selling becomes a piece of cake.

Many products are marketed in such a way as to deliver an indirect message to consumers. NutriPro dog food is currently running an ad campaign with the tagline, “Life Is Hard When You’re a Fat Dog.” It features images of a chubby pooch watching more slender dogs embrace one another. While at first glance it seems the campaign is simply trying to sell a dog food that will help your dog maintain a healthier weight, the campaign is also preying on viewers’ opinions about their weight and sex appeal. Why only aim at a dog owner’s concern for his pet’s health when you can also prick his insecurity regarding his desirability at the same time? Indirect messaging sells its products — and ideas — to consumers on multiple levels.

The Role of Over Confidence

People — even people who aren’t marketers — love to talk, think and write about advertising. It really is the reason most people watch the Super Bowl, and it may have more than a little to do with America’s love affair with “Mad Men.” Many people even pride themselves on knowing they are being sold to when they watch television, listen to the radio or read online. The irony is many consumers feel that their knowledge about advertising and how it works makes them immune to it, but advertising’s mere presence is effective in influencing consumer behavior, regardless of how much thinking the consumer is doing.

Consumer behavior is a fascinating subset of human behavior. Malleable, emotional and somewhat predictable, it’s no wonder companies and their ad men spend lifetimes and fortunes trying to gain the upper hand over the competition. If consumer dollars are as up for grabs as they seem to be, by merely engaging in the act of marketing, a business will get some of them.