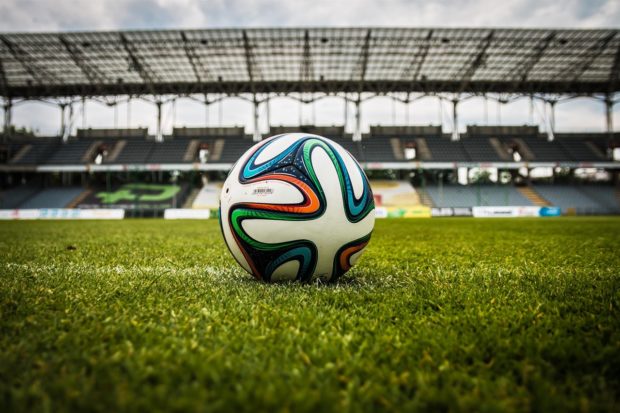 Bowls: Is there a future for the social sport?

Bowls is a quintessentially British pastime, with a vision of summer in the country involving parks and picturesque village greens filled with people dressed in white. All of which are competing to try and get black bowls etched with different colours!

Is this activity on its last legs though? Join South Yorkshire’s favourite Sheffield stairlift supplier, UK Stairlifts, as they explore the worrying trends emerging which are linked to bowls, as well as their guidance as to why people should consider playing this social sport to save it from disappearing…

Understanding why bowls is under threat

Just looking at the participation levels surrounding bowls should give you a clear indication that things aren’t looking good for this activity. As recorded by Statista, there were around 423,800 people participating in bowls across England alone during 2006/07. This number increased to approximately 443,100 participants during 2007/08, but has declined significantly ever since — an estimated 271,000 people participated throughout 2015/16.

Concerns surrounding the British pastime of bowls have been highlighted on numerous occasions over the past few years mind. Back in 2011, for instance, BBC News reported on how John Woodcock, an MP for Barrow and Furness at the time and a passionate bowls player, had proposed a bill which would prevent bowling greens from being redeveloped. The proposals came about because of fears that councils were selling them off in order to raise funds, with Mr Woodcock of the belief that any closures “would deprive many older people of their only sport” and the “enduring social networks that make bowling greens a valued part of our nation’s heritage”.

Just a few years later in 2014, MPs Nick Boles and Stephen Williams penned a letter to all of the country’s local authority leaders and chief executives stating how commitment had been given that the Department for Communities and Local Government would be writing to every bowling club in England to advise them on how to safeguard their “important amenities”.

This pledge was in response to a debate that had been held at Westminster Hall a few months before the letter was sent, which focused on the protection of bowling greens. Within the letter, which can be read in full here, it was acknowledged: “The planning system provides safeguards for existing open space, including bowling greens. The National Planning Policy Framework, published in 2012, recognises that access to high-quality open spaces and opportunities for sport and recreation can make an important contribution to the health and well-being of communities. It makes clear that existing open space, sports and recreational buildings and land should not be built on unless an assessment has been undertaken which has clearly shown them to be surplus to requirements, or that the loss resulting from the proposed development would be replaced by equivalent or better provision in terms of quantity and quality in a suitable location.

“In addition, the Framework includes provision for Local Green Space designation. This enables communities to identify green areas or open space of particular importance to them for special protection during the preparation of local and neighbourhood plans. By designating land as Local Green Space in local and neighbourhood plans, communities will be able to rule out new development other than in very special circumstances.”

Concerns about the future of bowls continue to be raised though, such as the news early in 2019 that Gateshead Council was thinking about stopping its maintenance of bowling greens and football pitches throughout the borough. Council leader Martin Gannon stated to ITV News Tyne Tees that the considerations have been made because Gateshead Council “just simply haven’t got the money” — the move is believed to be able to save the council £246,000. However, Ryton Bowling Club’s Chairman Hugh Armstrong stated: “It makes me and everyone else feel very sad and sorry about it because we are going to lose the facility that we have had for years and years.”

The proposals by Gateshead Council would see clubs being required to look after their own bowling greens and football pitches if approved, but Mr Armstrong was keen to add: “There’s a matter of buying mowing machines, we’d need two different types and they are expensive to prepare the surface.”

There are so many reasons why you shouldn’t allow bowls to become a forgotten sport and instead make an effort to start playing this British pastime.

For one thing, it’s a great way to keep fit. Matt Wordingham, who is part of Bowls England, pointed out to the British Heart Foundation: “I don’t think you realise how much walking you do until you actually play it. You can walk three miles while you’re playing. You’re only doing 30m stints at a time, but you’re doing a lot of them.”

Play a game of bowls and you’ll also be using the muscles in your arms to perfect your bowling technique, not to mention developing your leg muscles due to the need to lunge into a throw.

Thanks to the activity being played with a gentle pace and having a lack of contact, bowls is a sport that can be enjoyed by people of all ages, genders, abilities and fitness levels too. Mr Wordingham also commented: “The general bowler is over 55. But in our international teams, there is barely anyone over 40. We have an under-25 and under-18 international team as well.”

Tying in with bowls being a sport for everybody, Bowls England has also established the Disability Bowls initiative which allows those with a disability to compete either with or against non-disabled bowlers. Players can access wheelchairs that are especially designed for bowling greens and setup to prevent damage to the playing surface as well, on top of various other aids that grant more participation in the leisurely pursuit.

What’s more, Sex, Bowls and Rock and Roll’s author Alex Marsh acknowledged to BBC News: “Sometimes you’ll come across somebody who might have played cricket or football, but have given up through injury — bowls gives them a competitive fix.”

Interested to try your hand at a game of bowls? There’s thousands of clubs for this sport found throughout the UK, so simply head to either the website of Bowls England, Bowls Scotland, the Welsh Bowling Association or the Northern Ireland Bowling Association to get involved and play your part in saving this British pastime!