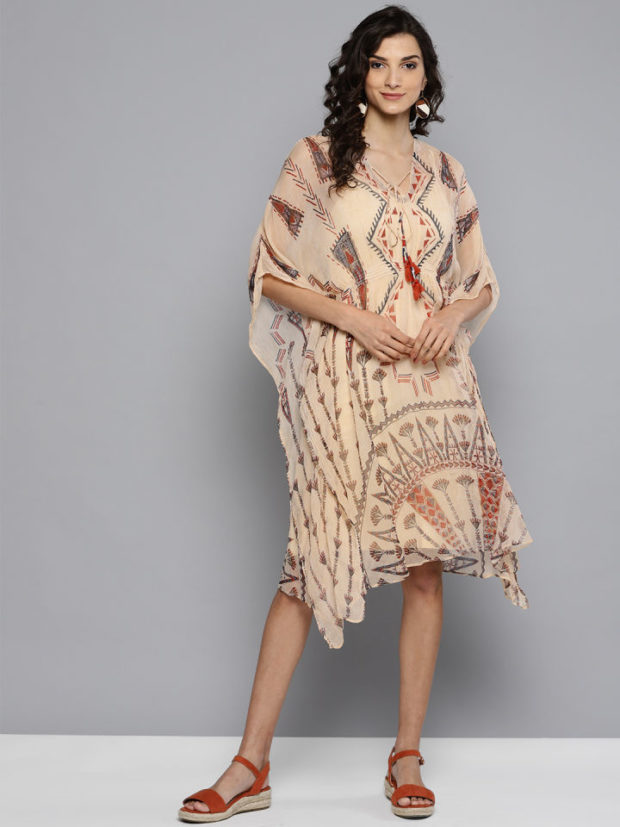 The Rise of Kaftans

Dresses are some of the simple joys a woman can have. For the longest time, they have been a symbol of womanhood and femininity. What is so great about them is their diversity. There seems to be an endless list of unique dresses that come in different styles, patterns, colours, and fits. Some of the most comfortable and alluring ones have to be kaftan dresses made by reputable clothing brands such as Czarina Kaftans. They are light and flowy, and their appearance can range from ethnic to modern.

People have been wearing modest dresses for thousands of years. Although women are the dominant wearers, there are a fair amount of men in history who donned dresses. Even when modern clothing like pants and t-shirts became popular, dresses never exited the scene. It seems that no pants or shirt can compete with the functionality and beauty of dresses.

The different kinds of dresses have served unique purposes across many cultures. For example, the use of kaftans has ranged from casual wear to status symbols. Today, companies like Czarina Kaftans have taken this historical dress, extracted its design and applied them to other forms of clothing such as maxi dresses, tops, pants, and even jackets. Thanks to sheer creativity and the love for style, the traditional appeal of kaftans now extends to other forms of clothing.

When it comes to glamorous dresses, images of tight silky dresses that hug the body and accentuate the curves come to mind. These are scenes that we commonly associate with the West because of Hollywood. Although there is nothing wrong with emphasizing your body’s features, you also have to know that glamorous dresses come in different forms. On the other side of the world, such as in the different regions of Asia, kaftans were and still are a dress of glamour.

All forms of royalty and nobles such as emperors, sultans, kings, queens, tzars, and even warriors wore kaftans. The elites distinguished themselves through the intricate patterns, mesmerizing colours, and lavish embellishments of their kaftans. Alexandra Feodorovna wore a kaftan during her coronation as Czarina in 1894. Alexandra was an icon of style among the Russian royals. She would don the garments of many cultures, and she took particular interest to kaftans, which were loose and flowy. Her choice radically contrasted with the trends of that time, which were corsets that clenched the waist and dresses that hugged the body. Alexandra’s interest in kaftans spread across the West. Today, companies like Czarina Kaftans continue to spread this traditional glamour with their take of the kaftans.

A Dress that Became Timeless

When the 1950s came, kaftans became common in the contemporary fashion scene. You would see celebrities wearing kaftans at parties. Models in kaftans would fill the pages of magazines. The era between the 1960s and 1970s was full of socially progressive values. No longer did people want to wear uptight corporate wear and Sunday dresses. The hippie movement took over, and along with it, the popularity of kaftans and kaftan-inspired garments exploded. This time was probably when the kaftan, which was mostly isolated in the eastern hemisphere, made its mark in the global fashion scene permanent.

Whatever your taste in dresses may be, there will always be room for a kaftan in your wardrobe. Its gorgeous designs, patterns, and colours demand attention when you go out. Yet its comfort and casualness are perfect if you want to stay at home.

Author Bio: Dean Shaw is a copywriter and content strategist. He helps businesses stop playing around with content marketing and start seeing the tangible ROI. He loves writing as much as he loves the cake.