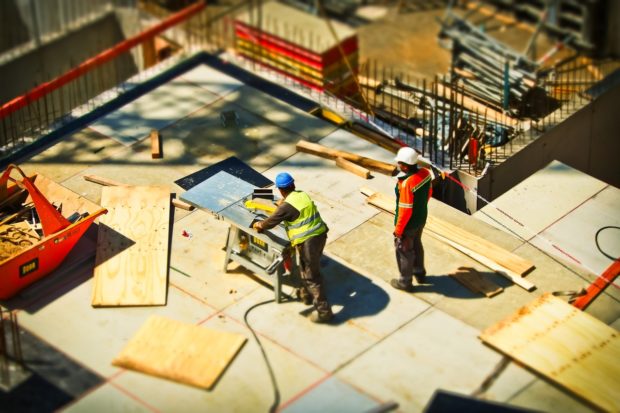 Reinvented old buildings and their new purposes over the years

When an old building is vacated, it doesn’t need to be the end of its usefulness. After all, these buildings were built to last, so knocking them down isn’t always the wisest move. For example, adaptive reuse is one of many ways the world is changing with a much more environmentally friendly focus. Instead of building whole new structures, using older buildings and giving them a new purpose is certainly faster and more cost-effective.

Linked to this, simply using a site as a record of its historical significance changes its purpose while investing in the area’s culture and tourism.

In these ways, there have been a number of buildings and sites across America that have completely changed their use. In this article, we’re teaming up with Long Beach Curved Stair Lifts in exploring some of the most notable examples.

The Bronx River has a long history of being blighted, and one of the reasons behind this issue is the number of gas works leading to its waters. So, it is certainly a positive change to see one such gas works be not only decommissioned but turned into something greener.

Gas Works Park features a retired concrete plant that was once used by Transit-Mix Corporation, but now the structures are fenced off from use. The area around it has been restored to a greener version if itself, with a play barn for children and a large hill which is a great spot for sitting in the sun or flying kites!

Petco Park is certainly an eye-catching construction, especially when the visual anachronism is so plain to see! One part of the structure is nearly 100 years older than the rest, and still bears the signs of its former use.

The Western Metal Supply Company building was erected in 1909, but now stands as part of Petco Park’s stadium — though it can hardly be described as seamless! The building’s exterior sticks out like a sore thumb, nestled within the modern look of the surrounding stadium, but the interior has been fully renovated to serve a new purpose.

There are suites within the building, a team store on the ground floor, and the fourth floor is home to a restaurant. The rooftop, of course, serves as a bleacher seating, with seating fixed on each level of the structure facing out to the field.

Previously, the building was, as the name suggested, a metal supply company warehouse. It held everything from wagon maker’s materials, blacksmith supplies, and later, plumbing and engine supplies.

The only remaining structure in Salem that has direct ties to the most infamous Witch Trials of 1692, the Witch House was originally purchased by a then-24-year-old Judge Jonathan Corwin.

The witch hunts in Salem took place between February 1692 and May 1693, due to widespread hysteria as a result of many young girls being suddenly afflicted with fits and uncontrollable screaming. The girls accused a slave, a homeless beggar, and an elderly woman of bewitching them. Two protested their innocence, but one of the accused confessed, likely as a means to try and save herself by becoming an informer — she went on to claim there were other witches in Salem. Thus, hysteria and paranoia spread. In little over a year, 185 people were accused of witchcraft, and 59 of them were tried for the crime. 31 were found guilty, and 19 were executed. Certainly shocking to the modern-day mind, many of these so-called witches were accused based on spectral evidence — that is, evidence based on visions.

The house has long since changed purpose, of course — the former residence is now a museum and tour, in which visitors have the option of a guided or non-guided version. The site also hosts a number of events for the public, including talks, celebrations for the Spring Equinox/Summer Solstice/Fall Equinox/Winter Solstice, and interactive exhibits.

The Foundation Hotel was renovated from what was once the Detroit Fire Department Headquarters, and the boutique hotel has elected to keep many of the fire department features of the building. Such features include the original marble and flooring within the atriums, the original red doors, and the old, intricate windows.

The terracotta-faced building is certainly eye-catching at five-stories high and with a prominent terracotta belt course separating the first and second floors. The fire department called this building home for 173 years before finally moving out of the property in 2013. The building was purchased and reopened with its new purpose as a boutique hotel in 2017.

As the years march on, no doubt we will see new leases of life given to buildings that have fallen into disuse.