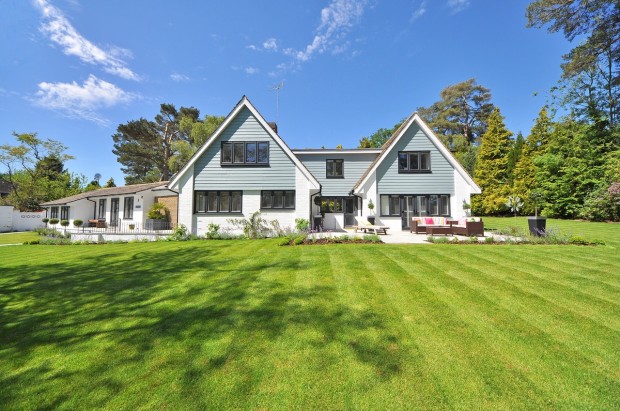 The Evolution Of Manufactured Housing

In the 1940s a recreational vehicle called a mobile home or a travel trailer became popular. The idea was you’d buy this house on wheels and travel anywhere with the comfort of your own home towed behind your car. It was real estate on wheels. These portable houses were 8 feet wide, made out of light materials such as aluminum with wood framing, and they were permanently mounted on a chassis. We also recommend checking these travel trailer manufacturers.

There was a housing crunch after WWII and a need for inexpensive homes. The manufactured housing industry stepped up its game and introduced 10’ wide by 90’ rectangular box home that could be built in a factory and delivered by truck to a lot of the owner’s choice. These homes were considered as chattel, not real property. They required a vehicle license plate with an annual sticker tax rather than property taxes paid by site-built homes. They may have been taxed as a mobile home, but they were not so mobile.

Manufactured homes became less about mobility and more about quality homes built efficiently off-site and delivered to a lot. Once on-site the hitch was cutoff, the wheels were removed and the home was anchored to the ground. They became the perfect home for families just starting out and retiree’s looking to downsize and relax.

Starting in 1976 they became wider. More sections were added making the homes double-wide or even triple-wide. Since they were no longer designed to be mobile, the construction materials became stronger, more akin to site-built homes. The architecture was no longer constrained as well so these manufactured homes became harder to distinguish from traditional homes. Housing regulations shifted, HUD got involved and manufactured homes began to hold value longer. Banks would soon accept these properties as real estate and the FHA approved them for their loan packages. No more license plate taxes, these homes began generating property tax like traditional homes.

Now days one-third of manufactured homes are placed in communities designated as a manufactured homes park. Most new purchases are placed on private lots of land purchased separately, or in some case together with the home. They are still much cheaper than a site-built home but with quality approaching or even exceeding the site-built homes. They became the home of choice for millions of Americans. There were 93,000 homes built and sold in 2017, accounting for ten percent of the housing market.

In places like Malibu California, where housing prices have skyrocketed, people have turned to manufactured housing as an affordable, even chic alternative. Rocker Stevie Nicks bought an older “mobile home”, tore it down to its foundation and rebuilt it into a house that later sold for over 4 million dollars. Because of the timing, she was required to pay an annual license fee instead of the extremely high property tax of the affluent area. She saved 16,000 a year alone because of this little oversight. This loop hole has since been closed in Malibu, but it can still be found in other communities countrywide.

Manufactured homes have evolved from a recreation vehicle to the modern alternative to site-built homes. They have been called travel trailers, mobile homes, and modular homes and now you can find some that would qualify as mansions. You’ve come a long way baby!