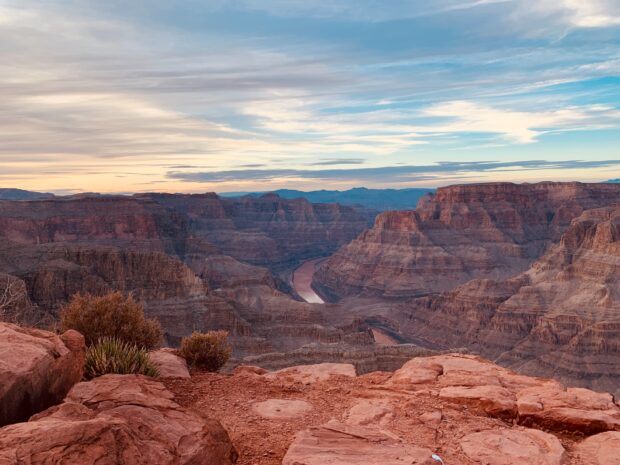 Established by the Federal Government almost a century and a half ago, receiving more than 300 million visitors and $36 billion income every year, the US National Parks are among the most popular destinations for sightseers, campers, hikers, geologists or anyone simply looking for a way to escape the busy cities and bring themselves closer to nature and travel in the US. See below some of the most iconic, impressive and well-known United States National Parks:

Located along the California – Nevada Border, this is the hottest, lowest and driest place in the United States. The highest air and ground temperatures ever recorded on earth were also at Death Valley’s Furnace Creek.

There are many sightseeing activities that can be done at the park, either by hiking or in automobiles, with motorcycle riding being the most popular. The Death Valley National Park is also considered a “dark sky park”, meaning that it is a perfect spot for stargazing, as there is almost no light pollution.

Dante’s View, at 1,669 meters high, provides a panoramic view of all Death’s Valley southern basin, and on clear days, the highest (Mount Whitney at 4,421 m) and lowest (Badwater at -86 m) points in the contiguous United States.

Less than an hour drive from Miami the Everglades National Park is a mandatory stop to whomever visits Florida and wants to see one of the most diverse ecosystems in the world.

In its wetlands and forests there are many camping sites, cycling and, as most of the park is only accessible by water, you should check out the airboat, kayaking and canoeing tours. In any case, it is always good to check the availability of some activities beforehand due to the sweltering heat and mosquitoes in the summer season.

The park is usually busiest during the dry season, between December and March, receiving at least one million people every year.

Perhaps the most famous natural formation in the United States, the Grand Canyon is 1,600 meters deep, and its 70 million years old formation extends for more than 446 kilometers in the state of Arizon, one of the largest of its kind.

The park is divided between the North and South Rims, the latter receiving 90% of all visitors. If you want to drive from Rim to Rim, even though the distance across the canyon is just 16 kilometers, it should take about 4.5 hours with the shortest drivable distance being about 350 km.

Part of the homeland of the Cherokee People and the most visited park of 2019, the Great Smoky Mountains, part of the Appalachian Mountain Range, has received over 12.5 million visitors in 2019, contributing an estimated $2.5 billion into the local Tennessee and North Carolina economies.

With more than 95% forested area and 19,000 different species, including elks, black bears, raccoons, bobcats, foxes, beavers, and other animals, this National Park has two main ranger stations that provide exhibits on wildlife for tourists.

This Park is also a popular hiking, camping and backpacking destination in the US, with more than 1,370 km of trails, including part of the famous Appalachian Trail, the Chimney Tops Trail and the Laurel Falls Trail.

Established on March 1, 1872 by President Ulysses S. Grant, the Yellowstone National Park is the first National Park in the United States, and according to some sources, the first in the world. Located across northwestern Wyoming and parts of Montana and Idaho, this park is almost 9,000 square km wide.

Known for the colorful hot springs and erupting geysers, Yellowstone comprises lakes, canyons rivers and the largest supervolcano in North America, but fortunately the last eruption was more than 630,000 years ago. Contrary to popular belief, a nuclear explosion on the region could not really trigger new eruptions, nor there are any other geologic hazards, as reported by researchers.