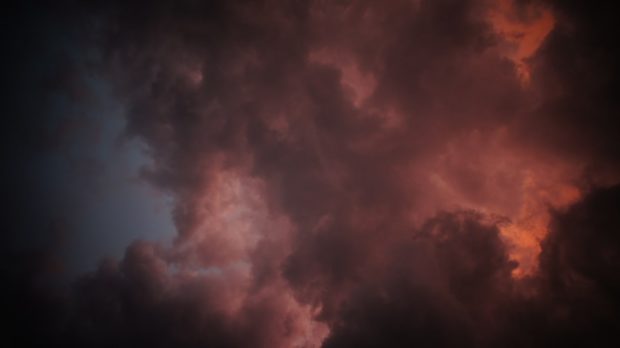 Storm Clouds for Gertrude, and Doris

The UK has certainly experienced an array of adverse weather in the past decade, all of which have had a varying impact on our daily lives, whether we have a windproof umbrella or not! Most recently, storm Brendan in January 2020. The storms we have tackled in recent years have affected everything, from transport issues to causing school closures and power outages. But arguably the most interesting phenomenon to emerge from these prolonged periods of terrible, freak weather is the names that they are given by the Met Office. They never fail to surprise the general public though, and often they are just as outlandish as the storm itself. We’re taking a look at some of the most unbecoming storm names to have battered the British Isles.

Most of us might know Barney as a children’s television icon of the 90s, this ‘Barney’ was the second storm deemed aggressive enough to be named. Storm Barney certainly packed a punch when it hit in November 2015, with trampolines being flung into trees in Basildon, Essex. The worst affected areas of the UK were the Midlands and Wales, and 3,000 homes faced power outages in Derbyshire, Shropshire and Worcestershire, along with 6,000 more in Wales. Gusts of wind swept up to a staggering 85mph, causing transport disruption on the roads and railway lines, with many trees succumbing to the gale force conditions.

Although Desmond doesn’t sound like a name particularly set out to cause mass destruction, in 2015 he (as in, the storm) did exactly that. Cumbria and Lancashire took the worst of the impact which began on the 5th December 2015, with a record amount of rainfall observed for Cumbria over the space of 24 hours; and this triggered a rarely attributed ‘red’ warning from the Met Office. At Honister Pass, a prominent part of the Lake District, 341.4mm of rain fell in 24 hours, and at Thirlmere, 405mm of rainfall fell in 38 hours. The city of Carlisle was submerged again, just before the tenth anniversary of its last serious flooding event in 2005. The disruption sent shock waves up and down the country, with a landslide between Carlisle and Preston leading to commuters being prevented from either crossing the border or travelling South. Wind speed exceeded 70mph in multiple areas of northern England, and power outages, school closures, and blocked roads characterised the intensity of Desmond… an otherwise unsuspecting name to say the least!

Storm Gertrude arrived after a hefty six storms in six weeks, giving the public no relief from generally rubbish weather. In January 2016, Gertrude made her presence known and across Scotland and northern England, bringing intense winds worthy of a red warning from the Met. Orkney and Shetland were torn by intense winds, and a gust of 105mph was recorded at Lerwick. The Scottish Environment Protection Agency issued over 40 flood warnings as a precaution, and multiple bridges were closed with ferry departures cancelled at the Aberdeen port.

Doris sounds unsuspecting, but residents in Wales had a slightly different experience when this oddly named storm hit in February 2017. Doris unleashed a mixture of heavy snow, sheets of ice and alarmingly strong winds, impacting Scotland and Wales notably. Formidable winds of up to 94mph reshaped the scenery, while blankets of snow left motorists stranded on some of the UK’s major motorways. The Port of Liverpool was forced to close, with yellow and amber warnings in place. One of the lighter stories to come out of Storm Doris was the otter cub found alone on a riverbank in Chesterfield, after being separated from its mother as the storm hit.

The storms we’re preparing for in 2020 have been named already, from Dennis to Gerda, Iris, Kitty, Maura, and Roisin. But only time will tell whether they live up to their unbecoming namesake!