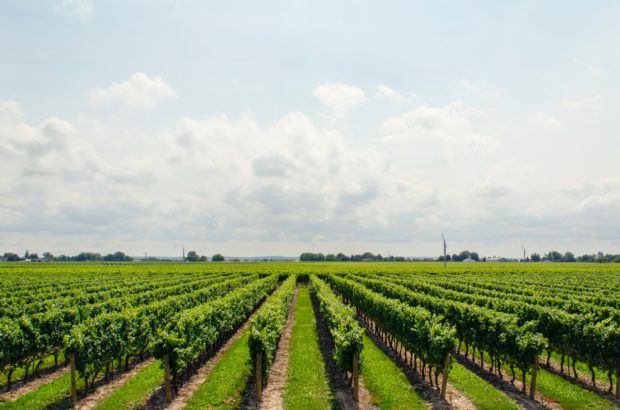 The fear of failure is something which often holds the would-be entrepreneur back. And with 50% of businesses failing within five years, it would seem that this fear is well-founded. One of the main reasons behind this is an oversaturated target market. With so many businesses out there, it is easy to see why entrepreneurs can feel pessimistic about their chances of success.

But just because a market is hypercompetitive doesn’t mean that there isn’t room for a new kid on the block. Many of the most successful companies with UK consumers, from Netflix to Aldi, have disrupted crowded market spaces despite significant competition. By offering better solutions for customers, they’ve cut through the noise and made a name for themselves.

New businesses are breaking into established industries all the time, and here, we’ll look at some recent examples of British brands that made that leap.

The wine industry has long been dominated by Old World wines—mainly from France and Italy—although New World countries like the US, Australia, and China have threatened to disrupt the status quo. The UK’s wine industry still leaves a lot to be desired, however, and the country doesn’t even rank amongst the world’s top 20 wine producers. Despite this, a handful of British brands are stepping up to go toe to toe with the established players.

Kent-based vineyard Gusbourne Estate has built up quite the reputation since being founded in 2004 and is known for its sparkling wine. Using only the classic Champagne varieties of Chardonnay, Pinot Noir, and Pinot Meunier, its wines are aged for a minimum of 22 months. The company has enjoyed huge success, scooping a glut of awards in its relatively short existence, including top prizes in the Champagne & Sparkling Wine World Championships, WineGB Awards, and the World’s Finest Glass of Bubbly Awards, all in 2018 alone. Breaking into a market traditionally dominated by its Old World counterparts, the vineyard has enjoyed unprecedented success as one of Britain’s leading producers of sparkling wine.

Not many professions attract the same levels of distrust as estate agents, with just 27% of people trusting them to tell the truth. But one brand that’s trying to change this perception is Nested. In a sea of dishonest estate agents, the company actually puts its money where its mouth is when it comes to guaranteeing the amount customers will get for their home.

The estate agents give two valuations—the first relating to what they believe a customer’s property is worth, and the second being a ‘guaranteed’ fee, which usually comes to around 95% of the initial valuation. If Nested manage to sell a property within 90 days, the seller will get the full sale price, minus fees. But if the company fail to do so, or sell it below value, they hand the customer the guaranteed fee. This ensures the seller receives a minimum amount to put towards their next property, at a predetermined date. This essentially means Nested customers are chain-free, making them much more attractive to those selling their homes.

Matt Robinson, the firm’s co-founder, believes that too many traditional estate agents make “meaningless” promises, with no consequences. Speaking to Love Money, he said: “I think it’s right that the people making those promises, around what price they can get for the property and how quickly it will sell, have that skin in the game.” He feels that this motivates Nested to do the right thing for their clients. Boasting customers across London, it’s evident that the company is beginning to disrupt the real estate market in a big way. The company raised over £120 million in funding from investors including Spotify’s backers to help finance its move into new markets, expect to see Nested become a lot more prominent.

The self-proclaimed ‘Spotify’ for textbooks, edtech startup Perlego has changed the sector with its textbook subscription service. Instead of purchasing various physical textbooks, students and professionals can now pay £12 a month to subscribe to Perlego and gain digital access to all the textbooks they need. The company has thousands of resources listed within its eTextbook library, and work with over 650 publishers including big names like Oxford University Press, Macmillian Higher Education, and Princeton University Press.

Launched in 2016, the startup has helped to both reduce costs for buyers and monetise publisher’s content to students who might otherwise buy textbooks secondhand or download pirated copies. Speaking to TechCrunch, Perlego co-founder and CEO Van Malderen cited the considerable rate of inflation on the cost of textbooks in recent years as his motivation for starting the company. He also noted that “This is only exacerbating the cost of higher education and the debt burden on students, which is set to rise again this year in the U.K.” Perlego’s subscription model helps prevent this and make education more accessible to more people.