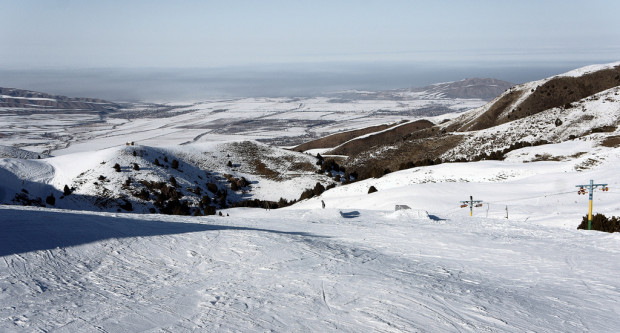 When it comes to choosing a skiing destination, you’d be forgiven for not thinking outside the box. Why would you, when classic destinations like France, Italy and Colorado boast some of the best slopes in the world.

However, if you’re looking to sample something a little different, take a look at this top three ‘unusual’ ski resorts. 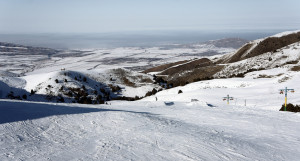 Skiing’s one of those pastime that relies on natural conditions. Or at least it was, before the grand opening of Ski Dubai, one of the world’s biggest indoor ski resorts.

Attached to the equally impressive Mall of the Emirates, this 22,500 square metre resort boasts the world’s first indoor black run, as well as its own community of penguins! It’s easy to forget the scorching temperatures of this Middle Eastern city when you step inside the chilly interior of this artificial winter wonderland.
Discover more things to do in Dubai and find flights at Emirates.

It’s fair to say that most people heading for the land down under are in search of sun drenched beaches, sizzling barbecues and cosmopolitan cities. However, around 150 miles off the southern coast of mainland Australia, you’ll discover fantastic skiing on the island of Tasmania.

Resorts like Ben Lomond boast a great choice of slopes and places to stay, and is particularly popular with families. That said, the resort isn’t as developed as more well-known destinations, so you’ll need to purchase all of your essential skiing equipment before you leave. Retailer like Decathlon have a huge selection of ski clothing and ski equipment available to buy online. They offer well-known brands in addition to their own products, so you’re to find what you need within your particular budget.

You can find more information about visiting Ben Lomand, including places to stay in the resort, at SkiBenLomand.com. 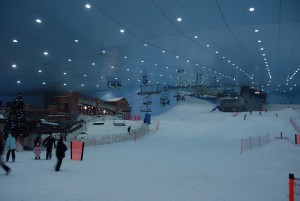 Yongpyong is the largest ski resort in Korea and its 21 slopes make it a popular destination for skiers in Asia. In fact, the resort will be the location of the 2018 Winter Olympics skiing events.

Open from November to April, when the lack of snow prevents skiers from flying down the slopes, Yongpyong serves as a popular golf destination. During the ski season, temperatures can reach as low as minus twelve degrees Celsius, so it’s unlikely that you’ll not find the conditions favourable for skiing as is often the case in Europe.

Thinking outside of the box when it comes to choosing a ski destination could lead you to some fantastic places, where the skiing on offer is out of this world. You might not have thought of the Middle East, Australia or Asia as harbouring great skiing – but you’re sure to be delighted by any one of these snowy spots!