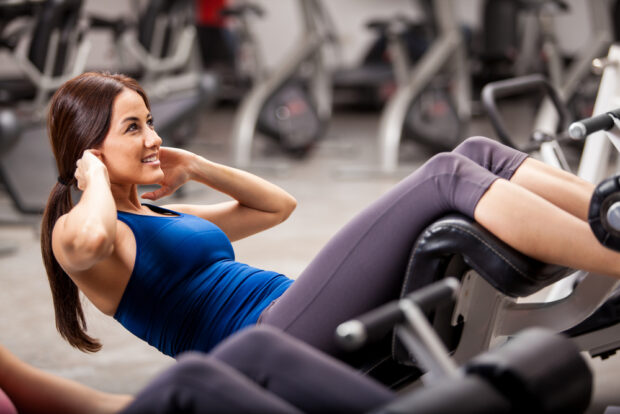 Tennis is, arguably, the most physically demanding sport of them all. There is no hiding place, especially in singles competition, as one player battles against another on the opposing side of the court. Often, a match is not won through technical ability alone, but by simply either outlasting and/or overpowering your adversary.

One of the best examples of a tennis player whose physical condition has played a key role in their success is Serena Williams, who has won no less than 23 grand slam singles titles. Williams’ strength and stamina, combined with world-class ability, has made her one of the sports all-time greatest players.

Through her dedication to her conditioning, such as strength-training exercises, Williams’ fastest official recorded service speed is 128.6mph, which is almost 60mph faster than the United Kingdom’s national speed limit! Quite simply, you wouldn’t want to be the player across the net attempting to return her service.

So, what kind of exercises to improve one’s tennis game do the world’s elite perform in order to be the best? Here, we will pick out a selection of gym exercises to boost your tennis game.

A powerful service game demands well-conditioned biceps, triceps, and shoulders, as this is where your power derives from. Not only will this benefit your service, but you will also see a huge difference when it comes to hitting volleys, adding more winning shots to your arsenal.

The bench press is an exercise that almost anyone who has ever stepped foot in a gym has performed (correctly or not is another matter entirely, however). This exercise engages the chest, shoulders, and triceps, hitting many of the core muscles that tennis players rely on. Beginners should look to introduce themselves to the bench press using lightweight dumbbells to perfect their technique before moving onto heavier barbell weights. You will see greater benefit performing a bench press with proper technique will low weights than you will with heavy weights and poor technique.

The bicep curl, which obviously works the bicep, is another key exercise for tennis players around the world. When you think of tennis players and bulging biceps, Rafael Nadal is the name that comes to mind. The Spaniard, affectionately regarded as the King of Clay, doesn’t just work his biceps for aesthetic purposes, but because it allows him to hit explosive cross-court shots that win points even when the rally looks a lost cause. As we have pointed out in previous workout posts, the secret to performing an effective bicep curl is to use the whole range of movement, rather than cutting your reps short.

As well as well-defined arms a good tennis player requires strength in their wrist, which is arguably the most important part of their body. You can have all the power in your chest, biceps and triceps, but if your wrists are letting you down you aren’t going to be able to transfer that power to your stroke. Wrist curls are similar to bicep curls, only that the range of movement is limited to your hand with the rest of your body remaining still. Sit on a chair or bench with your hand holding a dumbbell (palm facing up) above your knee and, slowly, curl your hand up and then back down. A strong wrist will allow you to drive the ball with better power and accuracy.

Tennis Exercises with a Medicine Ball

As well as boasting strong arms and chests, every great tennis player demands incredible core strength. Male grand slam tennis is played to a best of five sets – that means that players may be performing highly intensive bursts of speed and power for multiple hours. In 2010, the world record for the longest professional game of tennis was set at Wimbledon and Nicolas Mahut and John Isner played for an incredible 11 hours and five minutes, over the course of three days.

Some exercises that can be incorporated into your workout routine to develop your core strength using a medicine ball include:

The medicine ball slam is a simple exercise that works the abdominal muscles of the body with little to no risk of injury. With a medicine ball on the floor in front of you, stand up straight and pick the ball up and lift it over your head and slam it back on the floor in one swift movement.

The pullover crunch is similar to a standard crunch, only that it is performed whilst holding a medicine ball in your hands. Begin by lying on your back with the ball held out behind your head and perform the exercise by lifting your shoulders and back, bringing the ball in front of you.

The Russian twist is another simple, yet highly effective, exercise that will leave your core burning. In a seated position, simply moving the medicine ball from one side of your body to another by engaging your core muscles. Performed correctly, it shouldn’t take too long before you feel the effects of this exercise on your abdominals.

Ace Your Next Game

By incorporating any or all these exercises into your gym routine, you will soon notice improvements in your tennis game. We suspect that your opponents will also notice your improved conditioning as you notch up ace after ace, giving them little chance to hit a return.

If you would like any more information on the range of gym equipment available from UK Gym Equipment, please get in touch with a member of our team today.