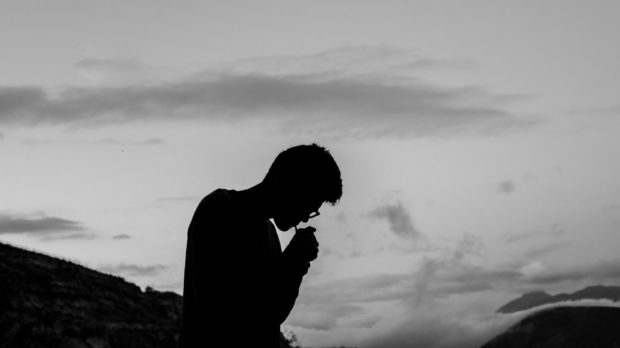 Why do addicts abuse drugs? Wow, that is a big one, almost like why do humans deforest the planet we live on or murder one another. Well I am not a professional with a degree, but I have lived through addiction and will never forget the struggle, pain, loss, and deep emotional trauma I caused to myself and my loved ones in the process. As a society, we look at addiction in two ways. Either your weak, lazy or a criminal and you deserve what comes because you did this to yourself or you see things as bad choices and we are not the only ones to blame. That is because your environment and family history come into play.

When you look at family history and the environment, the statistics of poverty, you will see that the whole world recognizes addiction as a mental disorder. As it should because it strikes indiscriminately. Rich or poor, black, brown, or white. It is a cancer of the human physic. What gets me is the laws across the world. In many Southeast Asia countries such as India, Philippians or Thailand, you’ll be executed for smuggling drugs and go to prison for a long time, but in the United States there is too much money made on both sides for it to stop.

Choosing to misuse drugs and alcohol

Why do people use and abuse illicit drugs or abuse prescribed narcotics? If you’ve thought about mixing suboxone and ativan then you know this is a bad road to go on. I am going to get right to the point. It doesn’t matter if you’re a kid experimenting or had a surgery that leaves you in long-term discomfort. From peer pressure to being dosed at a party, the reasons for using can be endless. Your previous ideas on drugs change as you experience the sensation of your first high. It changes you physically and mentally just as your first sexual encounter. Some hate it and find they are disgusted because of their actions, some like it and exercise moderation and then others are conflicted about these emotions but still pursue more extreme methods of satisfaction. This will often eventually lead you to addiction. Just as thrill seekers chase the next rush to feel alive, known as adrenaline junkies, they put themselves in extreme situations to get the rush of near death. Some build a lifestyle that embraces and promotes activities where death or serious injury may occur. Some of these people are the selfless heroes that put their lives on the line to serve and save others with little regard to injury just to lay down a base.

Getting over drug addiction

Our bodies all function on a chemical balance. Adrenaline is released to prepare the body for impact and reaction. Endorphins are released as a way to help with pain or trauma. By the way, endorphins means “the morphine within”. There are inpatient rehab nj solutions that help men and women on the road to lasting recovery. Did you know that all have a gland called homeostasis which controls what chemicals are released to the body to function at optimal level? This is where blackouts, overdoses, and dope sickness originate from. Sharing our first-hand experience on the addiction epidemic and birds eye view of the epidemic brings us closer to finding a solution. Is there is a difference between sex addicts, tweekers, heroin addicts, or people who just can’t stop smoking and eating chocolate? I say a big yes! I’ve seen my own mother throw her medication out while she was dying of cancer because the way they made her feel. Then, I’ve watched kids in the neighborhood wear masks with gold spray paint to get a buzz by any means necessary while knowing it’s dangerous.

Let’s tell a story of a young boy, birthed by a single mom in a neighborhood that didn’t want him, and where he was shunned by everyone. After years of struggles to connect and many fights, the boy finds common ground with his peers through smoking weed. It’s funny how when taking part in substance abuse within a crowd makes you cool or fit in. So, then the young man grew close to his once difficult friends and as they grew older, girls came into the picture that were much more mature and experienced. The young man rolled with the flow and started using harder drugs, then the next thing you know he’s hooked on heroin. Even after years of incarceration and more problems coming his way than he could deal with, he still continued to use. It was all he knew no matter how bad life got. He knew the one thing that took all the pain away, including the shame, hurt, anger and rejection. I said all that to say this: no matter what the reason is that someone becomes an addict, they will continue to use to escape. That is until they find the thing that completes them, and then there is no more empty holes to fill.