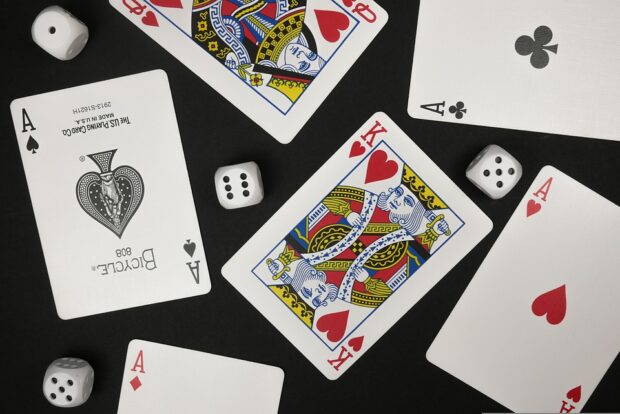 How Can I Play Poker In The United States?

Poker is a fast-growing game across the United States, which seems odd given its deep-rooted history.

It should already be one of the biggest games; it arrived here in the 18th Century at the time of the Louisiana Purchase and made its way to the so-called Wild West on the riverboats of the Mississippi. From there, it found a home in dusty barrooms before traveling to Las Vegas in the 20th Century. Of course, there’s more to do in the desert oasis than play poker, but that doesn’t mean it isn’t one of the main reasons people go there.

Vegas hosts the World Series of Poker, an actual World Series including players from around the globe. Poker has been such a deep part of our culture for many years that it is surprising to know it has to be seen as growing rather than fully established. The reason is the legislation around playing games for cash in certain states; poker is a heavily regulated game and one that you can’t just play in any state you like. Sure, Vegas is a bit of a free-for-all regarding raising the stakes and bluffing, but the rest of the country is quite stringent.

Here are the different ways you can play poker in the United States.

This is the most complex of the laws because certain states will allow you to play poker for real money, but only under certain conditions. The only states with no regulation at all are Nevada and Louisiana. Similarly, there are only two states that allow nothing under any circumstances; Utah and Hawaii. In between, there are 46 states with differing rules. Some allow games in certain areas, such as Atlantic City or Tunica. Others allow you to play poker on Indian reservations, 30 in total, including Alaska and North Carolina, which otherwise have some of the strictest rules and regulations.

The best advice is to double-check the exact laws for your state. Wikipedia has a good guide, breaking down the different types of in-person gaming (commercial casinos, Indian reservations, racetrack casinos etc.).

There are laws governing whether you can play home games for real money. If you were running them as a commercial venture, taking a rake from the game for hosting, you’d likely be breaking laws in 48 states. However, if a handful of buddies get together for a game and chuck a few dollars in, the feds will unlikely break down your doors, especially in states like Texas, where the law allows for private poker games.

Online poker is heavily regulated, and the law is much clearer than in-person games. Seven states have existing poker legislation, but just five currently offer cash games to players. However, those five have raked in tax dollars from poker and iGaming, which means further legalization could be on its way.

The two states with legislation but no providers are Connecticut and West Virginia; they’re likely to issue a license to a provider when a neighboring state also adopts legislation. That means New York and Virginia, both discussing possible legislation, could be the trigger for providers in the smaller states. Illinois and Indiana have also discussed legalizing online poker and could realistically take the number of states offering online poker to ten shortly.

All is not lost; free-to-play poker is available in all 50 states. This might not be the same game, but plenty of apps offer poker games against others without taking money. It cuts out the chance of a big win, but it lets you hone your skills against other players legally, perhaps in preparation for a trip to Vegas.

Poker has been a part of US tradition for many years, but the laws governing it are as complex and convoluted as ever. However, there is a trend towards legalizing poker, online at least, and we could see that continue as states benefit from those all-important tax dollars.