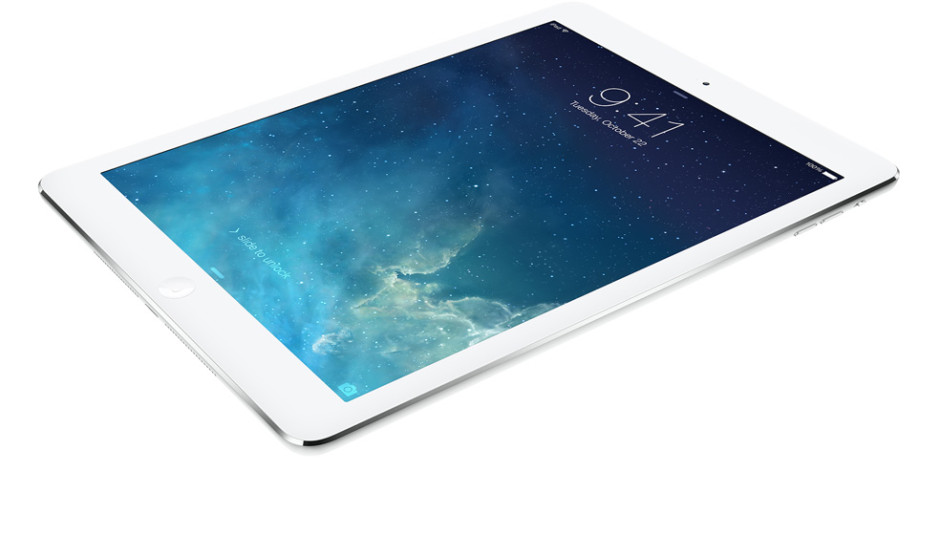 iPads changed the way we viewed tablets. Prior to the release of Apples first iPad, tablets were just an awkward sized computer that was larger than a smartphone, but couldn’t really compete with the practicality of a laptop. The iPad changed all that and made  tablets a household item.

Since the creation of the Apple iPad, things have improved and there has been the addition of the iPad mini too. The iPad has firmly placed itself as the must-have tablet, outselling all other brands considerably. Although the speed, screen, memory size and numerous features have improved over time, the iPad Air marks a new realm of iPads.

The iPad is really, really light.

Apple hopes it will resign the world of tablets, just as the MacBook Air transformed the laptop world.

Weighing in at only 1 pound, the iPad packs in a serious amount of screen into a thin body. It also comes with free version of both iWork and iLife suites for free, so you can get started working from the very first moment you turn it on.

For the mobile person, whether location independent , rushing between offices or traveling the world, cutting down on the weight of your electronics can make a serious difference to your life.

One of the biggest gripes most people have with Apple products, is their price tag. Compared to other tablets, the iPad Air is considerably more expensive. The back of the iPad Air has been known to get quite warm at times. There is also limited multitasking capabilities, as with the iPhone and previous iPad models.

If you have one of the latest iPads already, then these features probably aren’t enough to warrant an upgrade. However, if you move around often and would benefit from carrying less weight, then the iPad Air might be the perfect tablet for your needs.