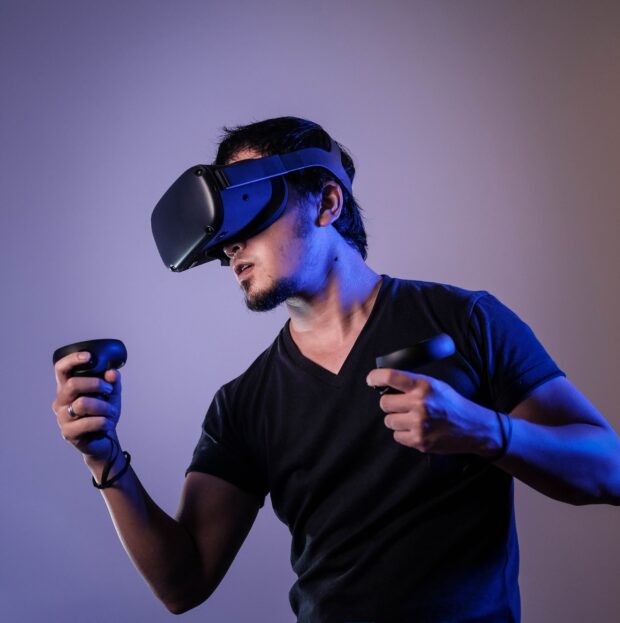 How the latest innovations in tech are transforming gaming

Gaming has evolved over the last 40 years or so from a pastime seen as nothing more than a means of placating children into an industry that draws both the music and film sectors. The games of today can be anything from emotional, triple-A blockbusters to quirky indie darlings. But one common denominator whether your game of choice is Animal Crossing or Call of Duty is the way technology has evolved in parallel alongside the medium and vice-versa.

The thing is, however, that it’s only in recent years that this evolution in technology has meant more than the standard 8-bit to 16-bit to 32-bit graphical enhancements of yore. Because yes, today’s consoles and computers are significantly more powerful but it’s not just about sheer power anymore it’s about the new potential avenues opened up by these new tools.

Gaming has become increasingly mobile in recent years thanks to the prevalence of smartphones and what kind of experiences they can provide. This shift was cemented with the success of the Nintendo Switch when it launched in 2017. How long before the other companies catch up? Who knows, soon you might be looking to sell your Nintendo Switch in favour of the Playstation Snap or the Xbox Click!

Back in the 90s, virtual reality was seen as a bit of a joke thanks to the blocky textures and terrible performance. Today, however, we can enjoy incredible virtual experiences from the comfort of our own homes thanks to cost-effective headsets like the PSVR and Oculus Quest. There is still a barrier to entry in terms of motion sickness (in some players) and the fact that games are still struggling to progress past the “neat tech demo” stage. But games like Half Life Alyx seem to suggest a sea change is upon us.

When the Nintendo Wii first launched people were in awe of the motion controls and it went on to become one of the best-selling consoles of all time as a result. Today, after subsequent gaming innovations such as the Microsoft Kinect, it seems a little old hat. However, motion controls still remain a major aspect of many mobile games and there is still so much potential waiting to be mined from the concept. Then there’s voice control, which is still in its infancy but was pushed once again by Nintendo as far back as their Nintendo DS console. With the success of devices like the Amazon “Alexa” Echo, it’s only a matter of time before voice control becomes the norm in games.

While the Google Stadia hardly took the world by storm when it launched last year, we believe it was simply ahead of its time. The future of gaming is cloud-based. The Xbox Game Pass shows that there is a demand for “Netflix-style” game collections. So while it might not be that popular now, give it five years and we reckon disks and downloads might be a thing of the past.