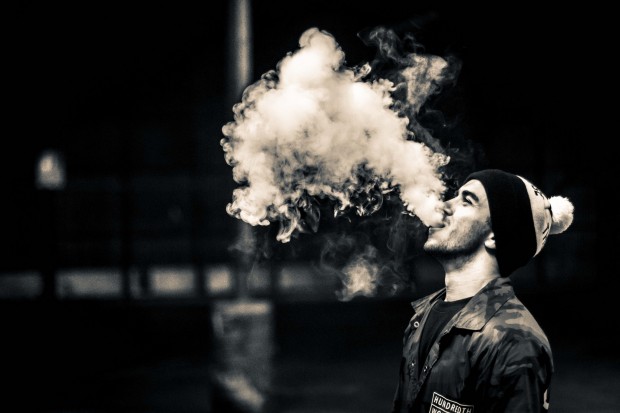 The Weird World of Vaping

If you thought vaping was all about e-cigarettes then you may be surprised to hear that it’s far more than a way to ditch the smokers cough.

A few weeks ago the biggest Vape Festival in the UK opened its doors to thousands of fans who see ‘vaping’ as more of a lifestyle choice than a way out of nicotine addiction.

Vape Jam is the UK’s leading Electronic Cigarette expo consisting of 3 days of manufacturers and distributors showing off the latest gadgets and flavours that can be found in the industry. In an exhibition centre that looks as though its recovering from a fire, with smoke billowing around, it looks as though it should almost be illegal.

Many peoples experience of e-cigarettes is often nothing short of naïve, believing that they are simply a gadget to help traditional smokers quit the habit and allow the rest of us to be free from the stinking second hand smoke that smothers our clothes.

But in this exhibition centre were thousands of people who had not just kicked the habit, but become dedicated enthusiasts who’ve given a whole new meaning to ‘vaping’. 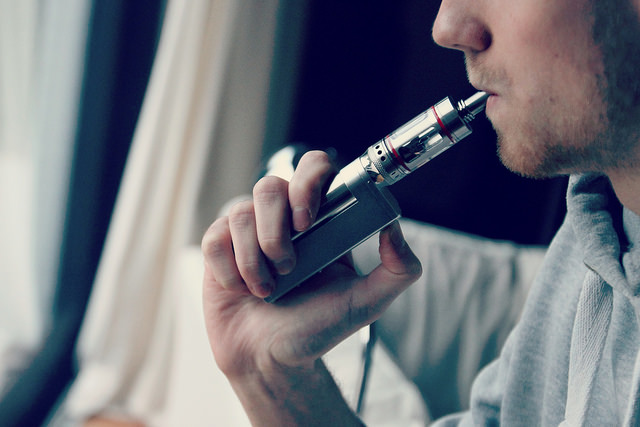 No longer an alternative to traditional smoking, a true ‘vaper’ will attend the festivals (yes there’s over three alone in the UK), visit ‘vaping’ Cafes for more than a coffee, and take part in cloud chasing competitions that will see them create huge clouds of smoke rivalling even the smoke skills of Gandalf.

The social scene is booming, but so few really know about it, which is perhaps part of it’s allure.

‘Vape Meets’ – where large gatherings of ‘vapers’ swap new gadgets, try new flavours and give out cool nicknames to their bespoke concoctions – are not widely promoted.

An underground culture that is spreading quietly across the UK, ‘vaping’ appears to be replacing the 90’s club scene. Where once a nightclub would blast out noise and spit out drunken twenty-somethings, there is now a cosy atmospheric bar that offers sunken sofas and a menu of e-liquid flavours that any unsuspecting customer could mistake as cocktail flavours.

But if you thought you could just waltz in with a Blue or an NJoy (cheap e-cigarettes purchased from supermarkets or petrol stations), then you have a reality check coming, because ‘vapers’ aren’t just obsessed with flavour, they’re massive gadget geeks.

A serious ‘vaper’ wouldn’t be seen dead with such tools, and will most certainly be grasping a PV (personal vapourizer).

Because if there’s one thing you’ll learn about what it means to be a ‘vaper’, is that it’s more than the joy of the hobby, it’s the accessories, the colours, the flavours and the names that create the experience. ‘Vapers’ love the fact they can personalise the experience to their personality and their tastes, and many spend thousands upgrading their kit to whizz-bang gadgets with all the latest pieces.

As this infographic perfectly illustrates, the world of vaping can be a little weird, but it’s fast becoming the new sub-culture of millenials.